Our small country hides tons of amazing places! Yacht charter Croatia, and Adriatic sailing uncovers some of them, and provides you with plenty of unforgettable experiences. So, in order to bring Croatia closer to any “would be” sailor, we’ve decided to put together a list of the best Croatian postcards. Top 10 photos of Croatia!

We have to throw in a bit of little local patriotism in the very beginning. Split, the most beautiful city in the world, a place for culture, party, food… and of course sailing!  Live like a roman emperor in Diocletian’s  palace, play picigin at Bacvice beach, and party at the Ultra Europe festival!

Hvar is a focal point of Croatian sailing. With Pakleni islands on hand, just a few meters outside the city, there are no limits here. Explore nature, have a luxury experience in the true meaning of the word, drink cocktails in the exotic Mediterranean environment, or just party. Whatever you wish for is within a few minutes in Hvar!

Dubrovnik is that city you saw in a promo for Croatia, the subject of every postcard, the pride of Croatia, and a dream of every sailor! Discover the beautiful renaissance wonders of the old Republic of Ragusa get lost in the numerous stone streets; take in beautiful views from the city walls. Sail the nearby Elaphiti archipelago, and get the most out of your yacht charter in Croatia!

The best destination in Europe 2016! What more do you need to know. Great history, amazing experiences, amazing people. Greet the sun and listen to the sound of the wave powered instrument on the city’s waterway. Explore churches, archeological findings, and other cultural landmarks. Sail the heart shape island of Galesnjak and many other in the area with chartercroatia.net!

One of the biggest islands in Croatia (and also among the most beautiful) is home to plenty of beautiful beaches like Lubenice in the photo!

The mysterious and amazingly beautiful Kornati are a group of small islands in the Adriatic, with plenty of big secrets and experiences. It takes just a brief look at the photo to find out why you should definitely visit this place!

Golden cape beach is a trademark of Croatian tourism! This natural beach has an interesting shape and it’s located in the small city of Bol on Brac island. No visit to Croatia is complete without visiting Bol!

The little Dubrovnik! This town of culture will amaze you, with its fishbone streets, many towers, beautiful sea, and magical nightlife! Party in a cave nearby in the nighttime, then explore the birthplace of Marco polo the following day!

As beautiful as Croatia is, only select few places have the prestige “NP” prefix. There are 8 National parks in Croatia and Mljet is one of them. An island of forest, with not one but two lakes, and a million beautiful beaches like Saplunara!

And another one! Brijuni are also a national park in Croatia! Known in the past as the summer home of the former Yugoslavian president, and a safari, this archipelago is intact and so beautiful it almost doesn’t belong on earth! That’s not enough? One of the islands is naturally shaped like a fish. 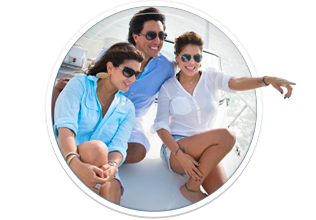